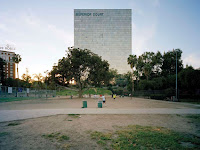 The Global Game has published a nice story about Municipal de Fútbol ("Where Angelenos do not fear to tread"). There you will also find a podcast interview that I did with John Turnbull. I appreciate the extra research he put into the article - especially his inclusion of a link to this June 2008 story in the LA Times about a team of Guatemalen women playing in MacArthur Park. He points out that the spot where those women play is the location for the opening scenes of Goal. We should also remember that this is where the LAPD attacked people participating in an immigrants rights march and rally in May, 2007 (see LAPD tries to crush immigrant rights movement). (This photograph is from Michael Wells's series of portraits of Lafayette Park, Los Angeles.)
2 comments:

At the Start of the WPS Season, Some Thoughts on Eudy Simelane's Murder

My football brain has not been preoccupied with the start of the US women's professional league, but with the story of the rape and murder of a former South African national women's team player, Eudy Simelane.

I first learned of Simelane's death while reading a Guardian story about the wave of violent sexual assaults on black lesbians in South Africa. The particular combination of the gruesome violence of the attack on Simelane, her visibility as an international player, and her visibility as a lesbian feminist activist has drawn some attention to state and media indifference to this particular version of hate crime. That said, the media attention to her murder has been slight, compared to that which we would see were a national team player from nearly any men's team subjected to a hate crime of similar violence. (Let us remember, too - that this is in South Africa - home of the next World Cup. For some information about the case see blacklooks.net, this interesting blog article on mhabi.com about left media and reporting of this crime, and this article from Out in Africa. I would appreciate any information about Simelane that readers might be willing to share.)

Reading the Guardian's story about what has been called "corrective rape" (I can't get behind that term), I was not entirely shocked to discover that one of the women interviewed in the story was also a football player - attacked on her way home from training.

This story is a gruesome reminder of the complex place of women's football in the world, and is perhaps worth bearing in mind as the WPS season gets underway.

Women's football is hugely controversial in many - most? - parts of the world. People's reaction to the idea of women playing this sport can be surprisingly violent and hateful. Football is also, in many - most? - places, a means by which women rebel against restrictive ideas about gender. This is very serious business, and the activists who create leagues, who attempt to change the system place themselves on the front lines of a war.

Simelane's murder is heartbreaking on so many levels. Personally, knowing next to nothing about who she was and what she was like, I have found myself confronted by the wild idealism of my fantasies about butch women athletes - I tend image them as sisters who have escaped from the misery of femininity. I get positively starry-eyed when I watch tomboys play - throwing their bodies in the air with not a care about how hard the ground is. I could hardly watch the interviews in the Guardian's video. I know butch lesbians are subjected to aggressive policing of gender, and that butchness is no protector against sexism - but I guess some part of me wants to believe in the pitch as a space apart from all that.

But of course it's not. The pitch sits on a field, in a neighborhood, in a town, in a county.... It is surrounded.

Lest we shrug these attacks off as an "African" problem (the Guardian story pretty much does this), let us remember that violence against gay, lesbian, and transgendered people is all too common in a wide range of settings. We need only remember Matthew Shepherd or Brandon Teena to put Eudy Simelane's death in perspective for US readers.

To bring this serious note to a close - something about this story got me thinking about the tremendous importance of play - of the places where we play, and feel safe enough to cross the borders and boundaries that have been drawn around our bodies. The singling out of a woman for "corrective rape" as she is on her way home from training - this is violence against the idea embodied by the person. I suppose that's part of what a hate crime is.
3 comments:

Guardian story about the rape and murder of Eudy Simelane

I am too upset to write about this right now, but want to share this story about the rape and murder of Eudy Simelane, a much admired South African National Team player and lesbian feminist activist:

Rape and Killed for being a Lesbian: South Africa Ignores 'Corrective' Attacks

She was killed last year, her murderers have just been sentenced. Note that one of the women interviewed in this story was assaulted on her way home from football practice. She speaks about her attack in the accompanying video.
No comments:

My team put me forward the other week - we were up by two, and my charge was to play defense up top - to "make trouble," which, of course, I love to do.

I've never played forward at the end of a match like this. Wow. There was minimal pressure to score. Nevertheless I did manage a good shot that caught the top of the post and bounced back to a teammate who sent it wide. I ran a lot and worked hard, but I was a hundred times more relaxed than I am on the back line. No matter how far ahead we are, on the back line I never enjoy the lead. The lead is ours to blow. It is so stressful. I never knew how much I felt the full weight of that burden until it was lifted by the captain's request to put this left back forward.

The degree to which I feel that stress is the biggest obstacle to playing my best in league matches. Like many, my best game is reserved for those settings where there are no stakes - when we play for the love of it and for no other reason. For me, that's Wednesday nights in a rag-tag scrimmage that starts around 9:00pm. If I could play that game every night, I'd play until my legs fell off. (As it is, we play once a week until the lights go off.)

Ironically, the greatest professional players - the ones who play for the highest stakes - seem able to tap into the joy and a certain fearlessness whatever the setting.

And so defender Lilian Turham knocked in the only two goals of his storied career playing for France in a 1998 World Cup semifinal against Croatia, sending the first one in when France was down one-nil. This man must feel the adrenalin but not the nerves. 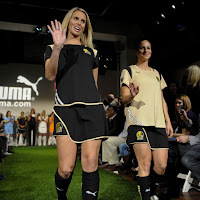 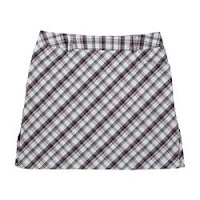