Contrast the above (and its soundtrack) with Nike's bloated ad, which is seasoned with the most tired forms of machismo and sexism. Here there are even a few girls and women, presented not as sex objects or football failures, but as fans and players (asking the boys to give her the ball!). This ad, furthermore, is actually about African soccer. 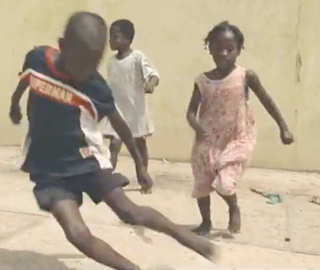 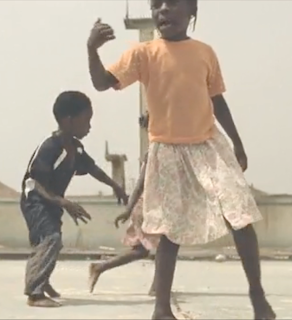 Even crazier (in a good way), is another Puma video made with Kehinde Wiley - a gay African American painter, celebrated for his brilliant and compelling portraits of Black men. Puma commissioned Wiley to make a World Cup poster and to design an "unity" shirt for Africa (below).  Wiley makes portraits in which his subjects adopt the pose of classic works of art (such as Renaissance paintings, portraits of Catholic saints, African statues). 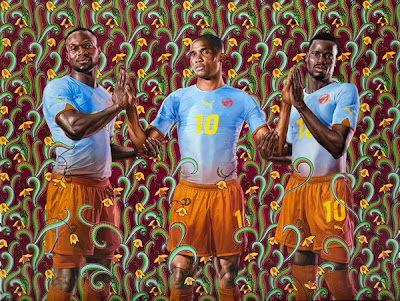 Below is a video about the making of this work, in which Wiley seems to be falling in love with the beautiful game, and in which we meet actual African players (Eto'o!), who speak in their own words about the sport and the African game.


Thank you Stephen, for bringing these to my attention! As he points out in his comments to the Nike post, these Puma ads are not without their politics, but they are far more interesting.