The Hangover: Soccer in the City of Angels, an Introduction 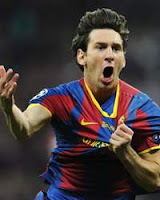 On Saturday, we indulge in the pleasures of the beautiful game. On Sunday, we wake up with a global headache.

A collective romance with fair play grounds the entertainment value of sporting events. We love the idea of a level playing field, stories in which the best competitor wins, or in which the well-played match is its own reward. We love our team even when they don't bring home a trophy. But, oh, when they do! Messi is a gift from the heavens. His team is a family. Més que un club. Ferguson says "No one has given United a hiding like Barcelona did." Guardiola declares "This is the way we want to play." The world wraps itself in a cozy blanket, the story of the perfect game.

But even casual participation in sports forces a break with this illusion - racism, sexism and homophobia; economic manipulation of a team's "brand" and "value" at the expense of the team and its fans; the hyper-leveraging of club assets; doping, mismanagement, cronyism and bribery. What name is now on Barcelona's shirt?

What sport is "clean," really? Being a sports fan is a lesson in bi-polarity. Manic highs, paranoid frenzy, and then you throw out your television and hide from the game ruining your life.

Over the next couple weeks, I'll publish a series of articles describing my involvement with a local league here in Los Angeles. These articles are inspired by FIFA's shocking (and yet not surprising) decision to proceed with its election of a single candidate whom everyone knows is a corrupt, sexist and homophobic bastard. (At the moment, he is accused of condoning heavy bribery in the bidding process for future World Cups.) At today's press conference FIFA's Secretary General and Official Cynic (Jerome Valcke) said that this decision was made in the interest of the organization's stability. Of course it is.

We are all wondering how long this can go on - how long the international stewardship of the game will rest in the hands of liars and thieves.

FIFA's corruption unfolds alongside complaint and ethics charges. Our collective relationship to it looks a lot like what Slavoj Žižek calls "interpassivity," in which "we are active all the time in order to make sure nothing will happen, that nothing will really change." ("A Plea for Aggressive Passivity") We tweet, update our statuses, we sign petitions and complain - but we turn on the TV, we buy our tickets, we go to sports bars and cheer.

How long can FIFA sell itself to the world using a language of social good, of unity and community? When will the world wake up to the fact that it's been playing a shell game? Maybe it doesn't matter. Maybe the shell game is what we want, after all.

As we ask for the king's head on a stick, we must also look closer to home and consider the game we say want, versus the game we actually play - the game we buy into, and sell out. That's the charge I've issued to myself....